The greatest visionary of our time was the late HE William R. Tolbert.  During his tenure as president from 1971 to 1980, Liberia was transforming into a more vibrant, self-sufficient and holistic functioning society.  Due to the inheritance of an autocratic position by his predecessor and colleague, he attempted to transform the society into a more wholesome and functioning society but this effort was rejected and ultimately led to his assassination.  His attempts to push Liberia into manufacturing, proficiency in education, self-sufficiency in agriculture led to his moniker of “Speedy”.  His position was Liberia needed to be developed quickly and needed to catch up.

He embarked on ambitious projects and illustrated what was possbile if Liberians were to fully unite for the purposes of alleviating ourselves from what he discribed as Ignorance, Disease and Poverty.  He called the youth of the nation “jewels” and encouraged the highest education for Liberians both at home and also encouraging even higher education abroad to bring the skillsets back to Liberia for its upliftment. Programs such as Rally Time, Mat to Mattress and Total Involvement for Higher Heights highlighted the foresight he had and what was necessary to move Liberia from a role of dependency to one of self-sufficiency.  He cemented this vision during a speech celebrating the 125th Independence anniversary celebration in Sanniquellie, Nimba County, 1972. 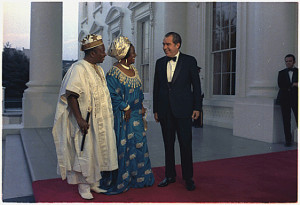 “Despite dark, dismal and sometimes even critical days, the nascent Republic lived on by the firm and unshakable determination of those who, in the context of present development (italic mine), can be rightly accorded the accolade of being the Founding Fathers, not only of Liberia but also of African freedom and independence.  For it cannot be disputed that on this continent,  the Lone Star was indeed the beacon of hope for African independence, the light of freedom for the black man and torch-bearer for African liberty, foreshadowing with brilliance and certainly the future hopes and aspirations of the great continent of Africa and its virile, ingenuous and proud people.”(William R. Tolbert. AKA ‘Speedy’)A detailed analysis needs to be conducted to ascertain what were the benefits of such programs such as the most ardacious and perhaps the most well known, Total Involvement for Higher Heights.  His perspective of what he termed “Humanistic Capitalism” and how this approach can assist with the rebith of the nation.  His approach on bridging the divide within the nation and the holistic approach of seeing each other as fellow Liberians.  He wanted to entrench a sence of nationalism and pride within the Liberian populace to mitigate the risk of disparaging levels of inequality between the populace. 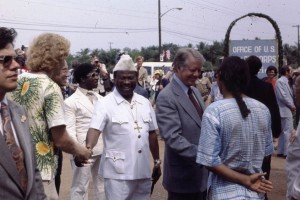